The Turneffe Atoll is noted for its variety of saltwater fly-fishing. Plentiful bonefish, permit and tarpon make Turneffe Flats one of the rare spots in the world where you have a realistic chance for a Grand Slam. In addition, there are a number of other game fish resident to the area, creating a unique diversity of saltwater fly fishing options.

Thirty miles off the coast of Belize, Turneffe Flats is located on the Turneffe Atoll, the largest of only four coral reefs in the Western Hemisphere. The Turneffe Atoll is remote and strikingly beautiful with crystal clear waters alive with a wide diversity of marine life.

Some of the best flats are located literally minutes away from the resort. As a result, long, rough boat rides aren’t necessary. The entire Atoll is available for fishing, and some of the more distant bars, creeks and lagoons may be just a 30-40 minute run. The proximity of the fishing is such that it is very feasible to fish for tarpon and permit in the morning, for example, and boat to the ocean side flats for a full afternoon of bonefish. There is also a flat right outside the doors of the Lodge that is home to a large school of bonefish and an occasional permit.

Turneffe bonefish are plentiful, both on the ocean side flats and in the mangrove-lined lagoons. Bonefish are resident on the ocean side flats all months of the year. On an average day on the reef flats, any time of year, you will see and fish to hundreds of bonefish in the 3-5 pound range with shots at bigger fish, some over10 pounds. These fish tend to be in large schools; however, there are ample singles and doubles if you are interested in more challenging casting. Bonefish on the inner flats and lagoons are not as numerous, but on average are larger.

Many anglers come to Turneffe Flats to pursue permit. Permit are plentiful and are found on the bars and flats throughout Turneffe. You can expect plenty of shots at 10-20 pound permit with some fish in the 30-40 pound class. Turneffe permit may be more plentiful than in other areas, but they are just as challenging to catch!

The tarpon migration is generally from late April through September although there are some resident tarpon in the 30-40lb category around throughout the year. Most tarpon migratory jumped are 60-90 pounds with some huge fish of 150 pounds or more. Tarpon fishing is normally to rolling fish from the bow of the skiffs.

Another favourite sport fish, the snook, can be found in the small mangrove creeks around the atoll. Add one of these to your Grand Slam and make it a “Super Slam.”

The ocean side flats abound with other species as do the lagoons, creeks and channels. Barracuda, jacks, mutton snapper, sharks, jack crevalle and cubera snapper are all available and add to the angling experience. We recommend that you come prepared to at least try for some of these other species during your stay.

The ocean side flats are firm bottomed and make for easy wading for even the most novice angler. These flats have sharp corals and shells and it is imperative that you come with good wading boots. And to avoid broken leaders it is essential to hold your rod as high as possible when you have a fish on the run. Most of the inner flats are fished from the bow of our custom-built 16-foot Dolphin Super Skiffs poled by the guide.

All of the guides are English-speaking Belizeans with extensive knowledge of all of the water that is fished. Several have been guiding on the flats for more than three decades. They are accomplished boatmen and fly casters. They will gladly help you with the technical aspects of saltwater fly fishing if you desire assistance. Two anglers generally fish with each guide, although private boat/guide packages are available.

The accommodation includes eight large and luxurious seaside guest cabins with their own balconies, plus two large three-bedroom villas. The seaside rooms have a panoramic view of the Caribbean and Turneffe Atoll reef. The Reef Villa is located on the beach with a wonderful view of the reef. The Garden Villa is set back from the beach with a wonderful view as well. All rooms are air-conditioned and most are furnished with one queen size bed and one single bed. All rooms have private bathrooms.

The main Lodge itself is also on the beach front. It is air-conditioned, and this is where guests congregate for drinks, appetisers and meals. Three delicious meals per day feature a mixture of Belizean and American cuisine including seafood, beef, and pork dishes. Served family style, meals offer options for different palates and always include fresh fruits, freshly baked breads and pastries. A comfortable lounging area and well-stocked bar provide a focal point for gathering in the evening.

A full fishing gear rental shop is available as well.

Commercial flights will bring you to Belize City where the Lodge takes over. You will be met at the airport, and transported to the marina where you will board the boat for a beautiful 90 minute ride to Turneffe Flats. The Lodge provides boat transfers between Belize City and Turneffe Flats on Saturdays and Wednesdays. The normal Programme therefore includes for a full week’s fishing, although 2 or 3 day Programmes are also available.

An average fishing day at Turneffe Flats is about 8 hours; however, this is quite flexible. During tarpon season, many anglers opt to start shortly after sunrise and take a rest during the day. If you are a real hard core angler, you can wade the flats in front of the lodge early in the morning, go out with your guide for the day, and then come back to the lodge flats and fish until sundown. And for the inveterates, bait fishing off the dock after dark can produce some very ‘big’ surprises.

Fishing for large tarpon is quite seasonal since this species is migratory. Tarpon numbers begin to increase in April and May and drop off in September or October. Peak tarpon months are June, July, and August. Some resident tarpon in the 30-40lb category are around throughout the year.

The most likely ‘Grand Slam Season’ is perhaps June, July and August. These are the best overall fishing months primarily because there are good numbers of all three species available. Summer temperatures are in the low-to mid-90s and a steady trade wind generally makes the weather very comfortable. Our centrally air-conditioned rooms make for comfortable sleeping throughout the summer.

The weekly fishing rates, per person are from US$4,090, depending on season. Partial week packages are available with some restrictions.

A 50% trip deposit is required to hold your reservation. Full payment is due 60 days prior to travel. 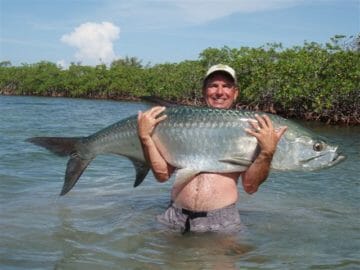 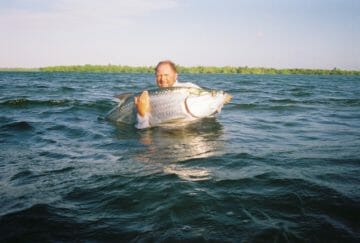 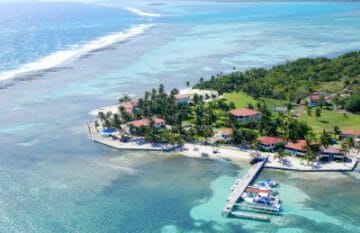 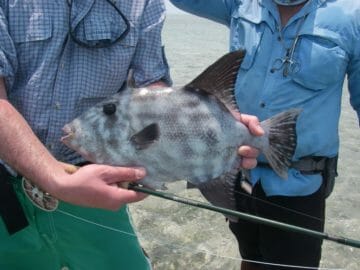 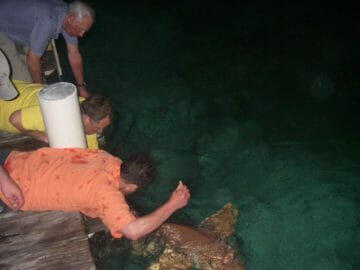 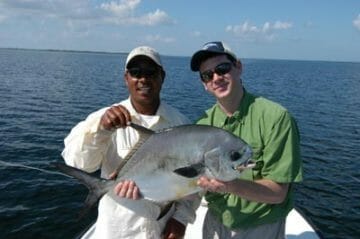 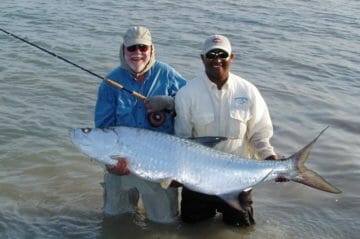