There must be few flats fishermen who have not been tempted to visit the ‘Mecca’ of saltwater flyfishing, at Los Jardines de la Reina (JDR), Cuba. And those who have been there almost invariably make return visits.

While there are a number of accommodation options at Jardines de la Reina, there is a strict limit of 20 skiffs for the whole archipelago, in order to avoid too much fishing pressure on the flats.  Vessels not used for fishing groups are available for diving or ecotourism activities.

The ‘Queen’s Islands’ are a cluster of over 600 tiny virgin islands and cays lying some 120 km off the south coast of the Cuban mainland. The whole area is a national marine park, and none of the islands is inhabited. Remote is the word, and only dedicated fishermen, or divers, will find this trip of interest …..

……… But those who are dedicated will never forget the experience.

In the Jardines de la Reina you will find some of the finest bonefish in the world. With the islands stretching over 80 miles, you will get to fish many areas where few anglers have ever thrown a fly. The bones are large – averaging a solid 3 to 5 pounds, but fish in the seven to ten pound range are caught almost every day.

Tarpon are abundant and readily available on the flats and in the channels and “rivers” almost any day. Most of the fish in the channels are “baby” tarpon – fish in the ten to forty pound class (!), and just a delight on a 10 weight rod. These smaller tarpon are far more acrobatic than their larger cousins but pull quite hard enough to make you work at catching them. On the flats the average size ranges up to 80 lbs. However, the deep ocean channels produce migratory specimens up to 120-130 lbs in the period February to June.

As every frustrated fisherman knows, Permit are both more elusive and more challenging to catch. Los Jardines de la Reina has more than its fair share of permit – particularly in terms of average size (20 lbs).

Many other fish are commonly found on the flats or on the reefs. Mutton Snappers abound and those caught on a fly run between three and eight pounds, but fish up to fifteen pounds are a distinct possibility. Jacks (both Jack Crevalle and Horse Eye Jacks) are from the same family as the permit. They are some of the most aggressive feeders on the flats and thus much easier to catch than the permit. Big Barracudas are plentiful around all the bonefish flats. Most will be three to four feet long, and will give any fly angler a terrific fight. Caribbean Reef Sharks are also common on the flats. They will take a fly and the action can be spectacular. Sharks up to 150 lb. have been landed by fly anglers. Seeing one of these monsters roll up to the surface and smash a popper is an awesome experience.

Fishermen that want to try trolling off the reef with plugs, bait, and even flies, encounter many other species of fish. Various snappers including the huge Cubera Snapper are present as well as groupers, jacks, kingfish, albacore, wahoo, and bonito and big cudas.

There are no restrictions on the hours of fishing at Los Jardines – simply the client’s choice. You may fish all day till you drop, or you may chose to break at lunchtime for a siesta and resume to catch the evening fish tailing in the golden sunset. There are even after-dinner outings to baitfish for tarpon, cubera snapper or sharks in the moonlight.

There are five options for accommodation at Los Jardines de la Reina. The splendid 110 ft long double decked floating hotel, La Tortuga; The cruise yacht Perola;  The luxurious yacht Fleet 1; the newer and state-of-the-art Fleet II; and finally the grandest and most spectacular cruising yacht, Jardines Avalon lll. The advantage of the live-aboard yachts is the flexibility to cruise for the whole week around this huge island system in order to find the best fishing. The guides live on board and their skiffs are available at all times.  During the high season months of February to July fishermen will normally use 7 skiffs on Tortuga, 6 skiffs on Fleet ll and 7 skiffs on Jardines Avalon III.

The 160 foot Jardines Avalon III is a luxury motor yacht with 15 staterooms, including 4 suites with balcony. All cabins have private bathrooms and 2 beds (double or twin), air-conditioned with individual thermostats. Jardines Avalon III has an overall capacity of 30 passengers and 12 crew members.

Fleet II is a brand new state-of-the-art vessel, larger than Fleet 1 with 10 state rooms, that started operating in April 2014. It is air conditioned with private bathrooms.

Fleet 1 is intimate, comfortable and stylishly designed, where each space is created to provide its guests with maximum comfort and safety. The atmosphere was conceived and designed to provide our guests with an experience of a lifetime.

La Tortuga is permanently anchored in a totally protected channel, such that there is never any movement whatsoever. It was fully refurbished at the end of 2007. It has seven comfortable double rooms, each of which has an individually adjustable hi-tech air-conditioning system, its own private bathroom with shower, toilet, and hot water. There are plenty of rod racks and facilities for cleaning tackle at the end of each day.  Please note: This houseboat will be relaced in 2020 by a brand new, state of the art vessel with 20 cabins.

The Perola  is an ideal solution for a private party of 6 people. It is a recently refurbished luxury yacht. It is 75 feet in length, recently refurbished, and perfect for a group of six anglers. There are five very comfortable air-conditioned cabins below deck, most having their own private bath, with good showers and plenty of hot water.

7:00 am Wake-Up call
7:30 am Breakfast
8:00 am Fishing
Return in the afternoon
Appetizer and dinner
Overnight on board
Note: Schedule can be changed according to your preferences and your
guide’s suggestions

For those that are not fishing, the Jardines de la Reina offers a few other options. The diving and snorkeling is world class. A fully-fledged diving operation is run on board Tortuga in parallel with the fishing. The experienced divemasters offer resort courses for even non-certified individuals, so everyone can participate. Also, aside from stunning variety of marine life, the above surface flora and fauna is fascinating. Bird varieties commonly seen include ospreys, pelicans, frigate birds, spoonbills, and many different sorts of herons and egrets – to name a few.

The fishing for bonefish, resident tarpon and permit is productive all year round. However, the best season for the large migratory tarpon is February to June.

Rate for the full 6 day guided fishing package, as detailed in the Programme above, are:

Jardines Avalon III: from USD58,800 (per Group of up to 14, including 7 guides/skiffs, Single Rooms)

Half-yacht rates are available for smaller groups on the above yachts.

NB: There are certain weeks for which we are able to make special offers

RATES INCLUDE:
Reception at the Santa Clara / Camaguey or Cayo Coco airport, and Return Transfer between airport and Jardines de la Reina
7 nights on chosen vessel; 6 days on full board basis;
6 full days fishing
Beverages on board – 10 beers & 30 drinks (water & soft drinks) per angler,
per week

RATES DO NOT INCLUDE:
Tips, personal expense; and drinks other than stated above.
USD100 ‘Oceans for Youth’ National Park conservation fee

Single room, and/or one to one guided fishing, supplements available. A domestic flight plus bus transfer alternative between Havana and Júcaro via Cayo Coco is available as a supplementary extra (although the elapsed time is greater). 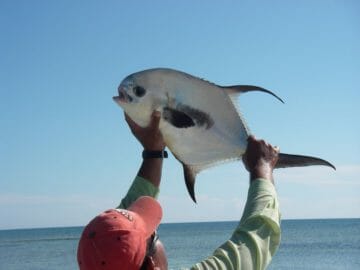 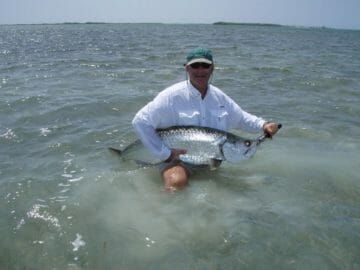 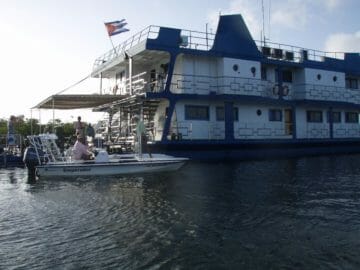 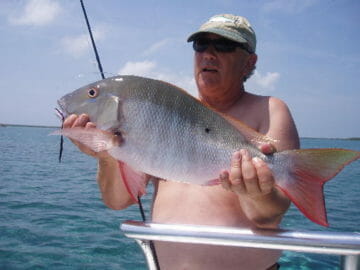 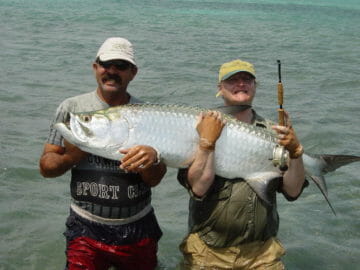 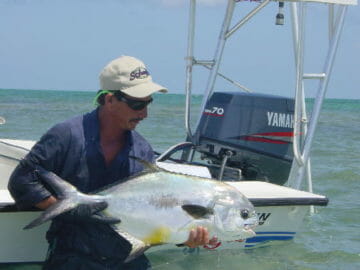 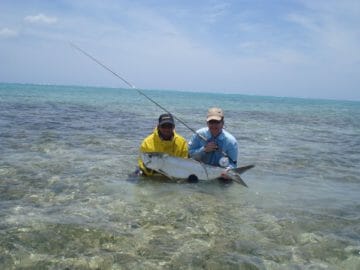