The Seychelles offers some of the best fly fishing destinations in the world. Farquhar Atoll is one of these.

Farquhar Atoll is the most southerly atoll in the Seychelles chain of islands lying just over 700km to the southwest of the capital island, Mahe. The main group of islands forms a long curve which describes the eastern side of the atoll. The large ear-shaped lagoon provides easy access to the countless flats, channels and surf zones which make Farquhar such a diverse fishery. The flats consist of hard white sand, turtle grass and broken coral which make for comfortable wading.

Farquhar has a small population of local Seychellois, whose main roles are running a small line-fish operation as well as acting as a skeleton crew which manage the island and service the airstrip.

Farquhar has over the years provided the opportunity to fish some of the finest flats that the Indian Ocean has to offer. Species such as Bonefish, various Trevally species including ferocious trophy sized Giant Trevally, the finicky Indo-Pacific Permit, Triggerfish, Barracuda, Bumphead Parrotfish and Milkfish call Farquhar and her rich waters home.

Furthermore, the deep water begins very close to shore and it is possible to ‘blue water’ fish from the Lodge’s boats. Here the most common species encountered are Giant Trevally (GT), Barracuda, Wahoo, Yellowfin Tuna, Dogtooth Tuna, Grouper, Bohar Snapper and Sailfish. All the guides are experts in rigging, teasing and the handling of blue water fish.

The Spring Tides on the flats – which are huge – are reckoned to be the most productive for species such as GT’s, and our trip builds up nicely to the Full Moon at the end of our week.

The operation has four 17.3 ft Angler skiffs each of which carries a single 90 HP 2-Stroke Yamaha engine, and a fifth skiff is now available.The boats have been specifically designed and fitted to fish both the flats and offshore waters of the Seychelles in comfort and safety. These Angler boats have a draft of approximately 9 inches allowing access to some extremely shallow areas of the atoll; however the main attraction still lies in wading the flats. Other added features of the skiffs include fly rod storage fittings, bimini tops and cushioned seats.

Most of the fishing at Farquhar used to be from live-aboard vessels. However, the piracy operations from Somalia recommended against taking this risk. So the fishing is now land-based.

We cater for 10 anglers per week. Following the devastating hurricane lodging facilities were completely rebuilt in 2017.  Guests are now accommodated in three comfortable duplex style chalets, each chalet containing two separate bedrooms. Each bedroom is fully air-conditioned, has two single beds and an en-suite bathroom. Rooms are equipped with 24 hour 220 volt electricity and have a constant supply of hot water. There is full housekeeping, with laundry done every third day. There is a separate communal air-conditioned dining, lounge and bar area where guests enjoy their meals and relax. Meals prepared by the chef are a mix of Creole and international style dishes. An outside undercover dining area on the waters edge forms an idyllic backdrop for meals when the weather allows.

All mineral water and soft drinks are included in the quoted price. The Lodge has plenty of local beer for sale. Spirits and wine may be pre-ordered. In addition, you may bring your own bottles of preferred spirits and wine.

Guests should aim to arrive in Mahe the night before the programmed departure to Farquhar. The flight from Mahe to Farquhar is one hour forty five minutes onboard a private chartered Beechcraft 1900, and usually leaves around 9am. On arrival, guests are then transferred, in true island style, via tractor and trailer on a short fifteen minute ride to the guesthouse, which will be your home and base for the week’s fishing. After a briefing, guests are more than welcome to fish some areas close to the lodge before sunset. The flight from Farquhar to Mahe normally leaves at about midday on departure day and on arrival guests will connect to their international flights or overnight in Mahe.

Typically, anglers will be up early during the week, and after a quick breakfast head out to the flats to fish the first tide. The plan generally is to stay out on the flats for the whole day taking packed lunches when you leave the lodge in the morning. There is however an option to return to the lodge for lunch before heading out later that afternoon for the second fishing session.

The fishing seasons on Farquhar are determined by the monsoons. For this reason fishing here is limited to the two periods – October to December, and March to May.

The rate for the week’s fishing is USD10,275 per person

A 50% deposit is required to confirm a reservation. The balance is payable 3 months prior to departure. 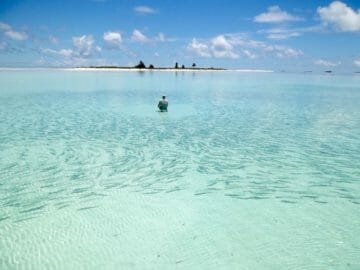 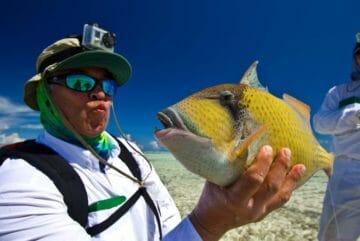 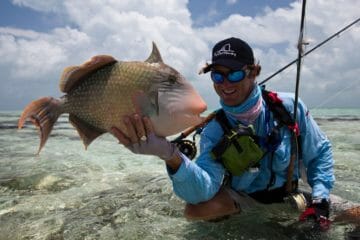 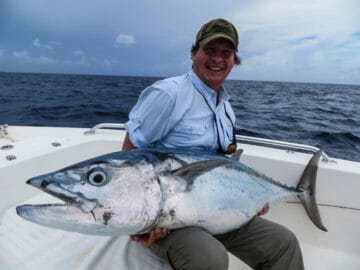 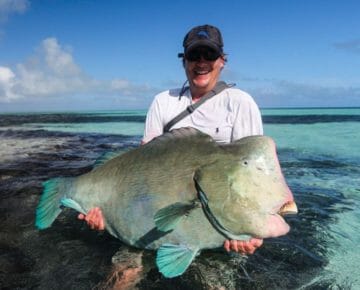 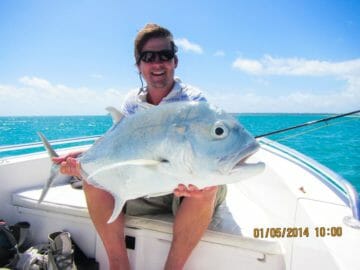 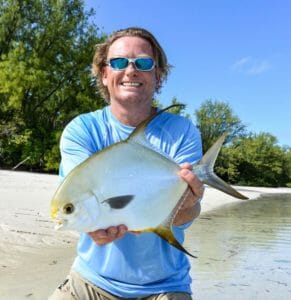